Relaxation, answers and solutions come when you are deeply listened to in a safe space and your emotional needs are met.

Peace and balance are restored when the environment and living things around you have been acknowledged and got their message across.

This is a space for trauma informed human and spiritual counseling;
To make blurry things clearer and help you trust your own inner guidance.

Energy Work that Works for You.

Intuitive guidance, remove hidden blocks in your sphere and make blurry things clear. Want to know more, and if this is for you? Click the link below or schedule a free 30-minute Exploration Session. 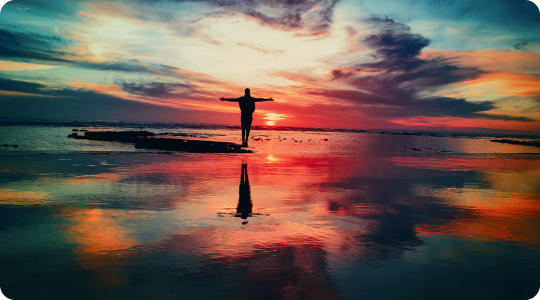 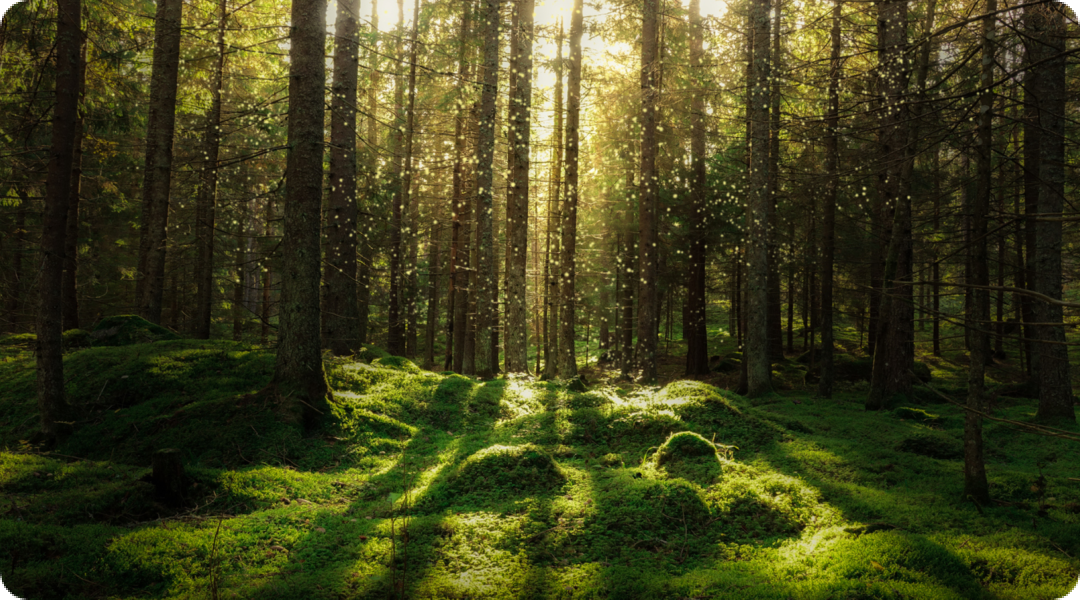 Deep empathic listening and intuitive guidance in a safe space to help you regulate your nervous system, restore healthy boundaries, embody your insights & strenghts and put them to work. Want to know more and if we resonate? Click the link below or schedule a free 30-minute Exploration Session.

You have probably heard that sound and vibrations can heal? They can. Kyotaku is an ancient flute of bamboo, known to very few and played by even less, that can help you come home to your innermost sacred space and heal on a cellular level. What’s even more brilliant, is that if you want a practice that helps you regulate your nervous system and get in deep contact with your inner landscape, breathing and get in closer touch with your soul on a daily basis, you have come to the right place. Tickled and curious? Click below to learn more.. 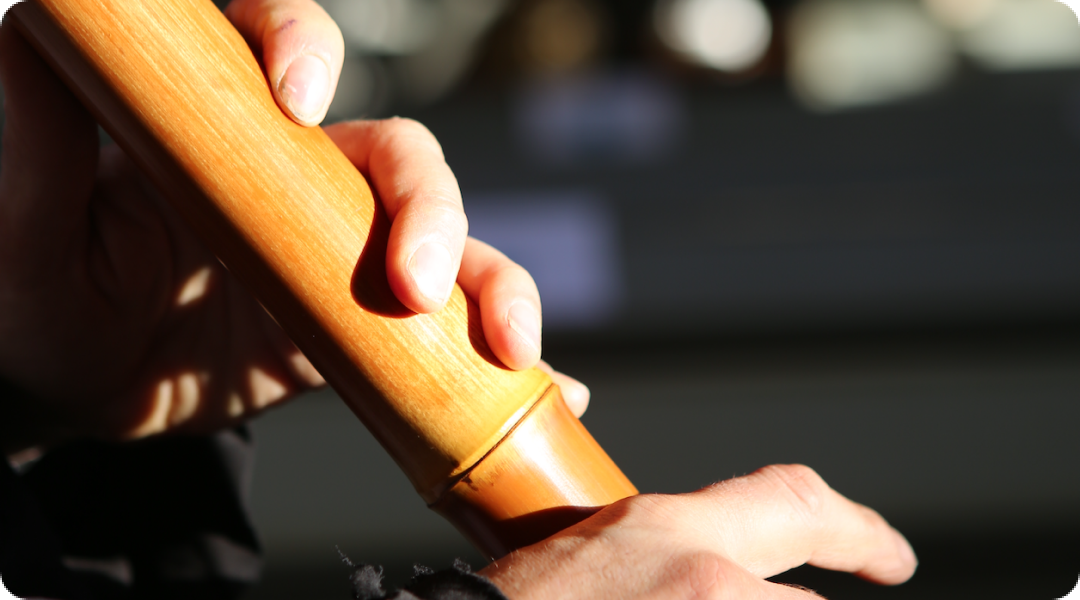 I’m a soul communicator passionate about individuals who want to take charge of their lives by deep inquiry and start trusting their inner voice and own guidance. From my point of view, there is nothing more important for the world than people who would like to take responsibility for themselves and their surroundings to co-create a more sustainable planet. 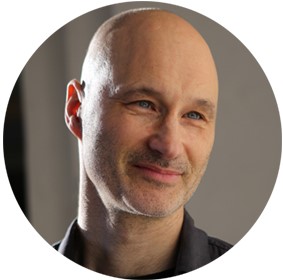 Read what other clients think about the help they’ve got.

”Elof is a warm and natural fellow human being, with an extra empathic heart & ears… that you can feel deeply held by and listened to — the right conditions needed in order to heal. I can only give my warmest recommendations. From someone who has experienced this again and again.”

”Elof has helped me immensely during a time I was feeling completely overwhelmed by sickness. I felt frozen and scared and Elof managed to help me better understand what was going on but also reframe my experiences in a different, more tangible light. I immediately felt less frightened. Elof’s intuitive approach really suited me, he listened intently and helped me see things that I would otherwise not have considered. He also balanced some energies in my environment and I could feel strength returning to my body very soon after. I am very grateful for the help and support Elof has given me and highly recommend him to anyone needing some clarity and/or emotional support. Just Elof’s presence can bring a sea of calm over one.”

“Elof is a man of insights. He stands with his both feet on the ground, and has a strong connection upwards. I can assure that you are very safe in his gentle presence and with his life experience. He will help you spiritually, physically and with imbalances in the energy field. I can recommend this man wholeheartedly”

“I give my warmest recommendations regarding Elof and his amazing energy work. Last year, my mother moved into an old house that she was renovating. A lot of strange things happened in the house. With time, it was more or less of a poltergeist character. Things were moved around in the house; things fell down by themselves and broke into pieces. Things were taken apart, and the cord to the television were constantly pulled out. My mother saw shadows and strange lights, and the pages turned by themselves in her magazine that was laying untouched on the table!
We were referred to Elof, and after his work on the house, there has been NOTHING. He lives in Sweden and we are in Denmark; he just needed an address and then he did the rest – in that respect, distance is obviously not a problem. Very fascinating! Elof brought the “disturbing element” back to where it belonged, and since then we have noticed nothing but a harmonious and peaceful energy in the house. We are very grateful for Elof’s work!”

In my childhood home, I experienced a lot of spiritual activities through all the years. We had a feeling of being watched, and there were places in the house we didn’t want to be in, as there were unpleasant energies and several unexplainable phenomena. After my parents’ death, the activities accelerated. Me and my brothers decided to contact a professional. Elof cleared our house, and since then there has been peace on all levels in the house. I can only give my warmest recommendations to Elof, both for personal guidance and to have your house cleared from disturbances.

For me, empathy is one of the greatest and most underestimated virtues. I’m not talking about the pleasing  kind of empathy, but a form of empathy that simply heals. We need empathy for ourselves and all our traits that we either like or dislike. We need empathy for others and our environment. If we want to learn to live with ourselves fully, we need awareness about what’s going on inside, and that is sometimes easier said than done. That’s what Soul Talk is about: To witness and listen deeply to your soul and all the human aspects surrounding it. To find acceptance in what we can’t change and what we can (which both can be quite scary and frustrating sometimes). To find and calibrate your inner compass and be even more aware about how to navigate in an increasingly complex world.

Is this for You?

Any of the services offered here might be for you if:

This is Probably not for you if…

Dissociation is a coping mechanism that happens unconsciously when a situation is too freighteing or overwhelming. It can occur when you are reminded by an event that happened in the past, even if there is no danger ahead. Dissocation starts to be a problem when it takes you away from the present moment and you don’t function well in, for example, social settings.

What is regulating the nervous system?

Regulating the nervous system is any method to calm down and bring you back to the present moment. It is a way to discharge unpleasant or even terrifying emotions triggered by an event that reminds of something that happened in the past. The nervous system doesn’t make a difference if it happened yesterday or 30 years ago. Ideally, regulating the NS consiously is to couple the emotion with a past event (carefully) so you have both a bodily experience and a cognitive understanding. But you can regulate also without knowing what happened, but from my experience it’s more powerful if you’re aware of the original trauma. With time, similar triggers will have less impact.
The regulation can be done by counscious sounds, movements or deep internal tracking of the sensations etc etc — whatever works for the client. Or simply by being deeply listened to and feeling held, even in a distance. It is a way to deal with dissociation and possible collapse (when the whole system shuts down because of way too overwhelming emotions). Most people regulate the NS without knowing it — yawning, trembling, strectching the body etc. A person that feels threatened doesn’t yawn. The self destructive way to ease the nerves is by substance abuse etc, to numb out unpleasant feelings.

How many sessions do I need?

It all depends what you are dealing with. You are welcome to book a free 30 minute exploration session to explain your problem and see if we are a fit and on the same wavelength. You might just need one to three sessions to get where you want with the Soul Talk that I offer. You might need only one session of Energy Work to get your questions answered. Maybe you need twelve or more sessions to get where you want to be if you have a lot of issues to work on. All of those questions are usually worked out in the beginning — the most important thing for your decision is that you feel safe working with me.

How is a session done?

A session is done online (over Zoom, with or without video, whatever you are comfortable with) or over the phone, depending on where in the world you are calling from.

What languages do you speak?